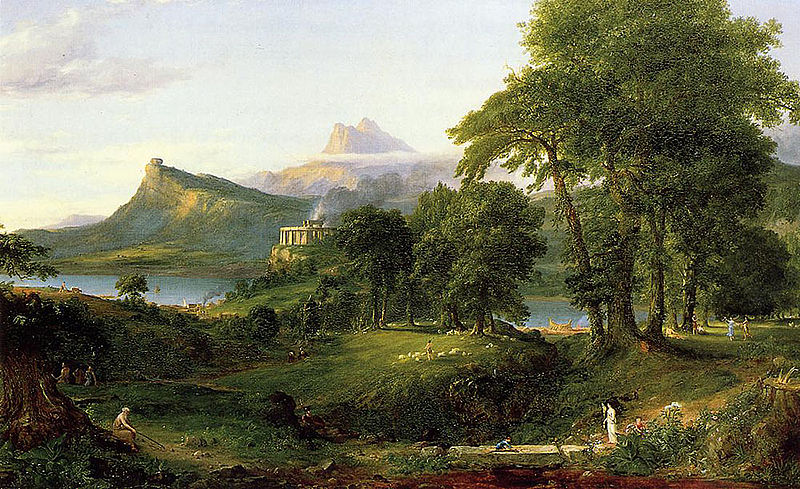 In writing one can describe a perfect world. For some this might be a pre-industrial society in an ancient rural setting. Like a scene with peasants and shepherds, birds in the sky, green trees and wide open planes with mountains at a rugged coast at the background. I know from landscape painting that such a scene is often referred to as an Arcadia or a Pastoral scene. It is a subject in itself that has inspired thousands. I am not someone who reads a lot so I wonder about the writing world. There must be stories in contemporary literature using this theme for inspiration. Maybe even with a shepherd boy that meets and falls in love with a gypsy girl and lost sheep that will be found again. It is all possible and one can create the most beautiful painting and make it come alive. It’s a great way of expressing thoughts about alternatives to our own society and the life we live. When building a world like that one can write about the details to paint the picture. A tree, colour or situation. By describing simple things they will be transformed into words and thus become part of the new world created. If it can be done in painting it shouldn’t be a utopia in writing.